The Healing Sounds Of Animals

The chirping of the birds, the sound of the whale, and even the cat’s purr carry sound healing effects to humans.

The sound that birds make can help bring mental clarity, while the sound of water can entrain the brain to a state of calmness.

We all know that animals use sounds to communicate with each other. Most of the sounds they make are to either defend their territory or to attract females so they can breed.

The sounds of the bird were distinguished to be calls of distress, pleasure, alarm, nesting, and feeding. On the other hand, the sounds that insects are produced by a tapping sound, while certain insects, such as ants and beetles produce a shrill sound by rubbing their legs, wings, and other parts of their body.

Whales, elephants, giraffes, to name a few, use infrasound—a low-frequency sound that is below the range of human ears.

Another sound that is popular for humans is the sound of a cat’s purr.

We are all part of nature, and it provides us with cues to boost our consciousness. The sounds in nature, specifically the ones produced by animals have a higher frequency that charges the cerebral cortex, a part of the auditory system.

Try being in a state of a heightened listening awareness and just listen to the sounds around you. Do this while you’re in nature. Perhaps, you can hear the song of a bird. When you focus on it, you will feel the bird’s song ripple through the body as it subtly alters your awareness.

When we become open to a higher state of consciousness, we begin the inner healing.

There have been pieces of evidence that suggest humans react positively to birdsongs because they’re made up of random sounds. A birdsong doesn’t have a repeating pattern and due to this, it resets our ears that let us hear properly.

Another example is the whale sounds. Whales use sound to communicate and they produce one of the lowest frequencies of all living creatures. When humans listen to a whale song, the brain rhythm slows down to match these low frequencies, which then helps reach the deepest, most restorative stages of sleep.

Humans also have found that a cat’s purr to be healing and comforting. Moreover, cats have the tendency to lie on a party of your body that is ill or aching and purr.

Being one in nature and just by listening can have healing effects on your overall being.

Heal the mind, body, and soul with the right sounds aligned to the frequencies of your desire. Get the Sacred Sound Healing System now. 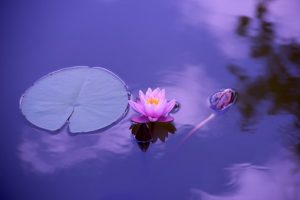 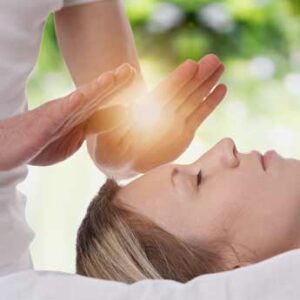 You’ve Been Blessed With The Gift of “Instant Divine Creation!” Simply Fill In The Form Below